Snow Leopards: What the sound of silence looks like 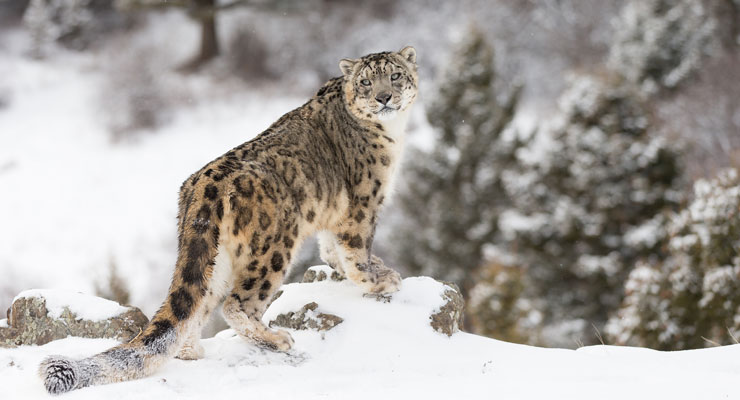 Shy, elusive, solitary – that’s what the rarely seen Snow Leopards are often described as. Aptly called the Ghosts of the Mountains, these big cats have often captivated wildlife enthusiasts, photographers, and filmmakers by their elusive sighting.

What makes it difficult to anticipate their presence is the fact that unlike many other big cats, the Snow Leopards don’t roar. Thanks to underdeveloped vocal chords they only hiss, purr or growl softly.

Those who have studied the Snow Leopard will tell you how this magnificent beast is made for snow and the mountains. It has wide paws (much bigger than other than other cats) which are often called snowshoes. It’s thick and long tail helps it keep it warm as it wraps it around itself while resting in the snow. And of course, the wide nostrils apparently warm up the chilly air before it hits the lungs.

One really interesting thing about this meat eater is that it also eats a lot of twigs and fairly large amount of vegetation. Nobody can understand why do snow leopards do this.

Talking of food, a snow leopards can cover long distances quickly in search of prey. One such cat was known to have covered 27 miles of open desert in one night and more than 93 miles in five days.

So how does one spot this elusive cat?

To be honest, it’s not easy.

For one, you definitely need to have a guide who is familiar with the mountain terrain and the cats that stay there. Secondly, patients will be a great quality to move around with. And of course, like the snow leopard, you will need to armed with the sound of silence too.